Want to look like a douchebag vigilante thug? Shave your head, get some tats, and act tough. 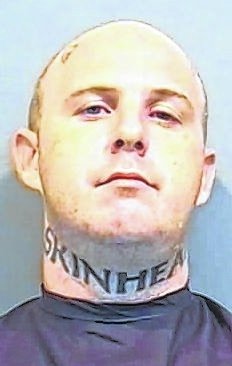 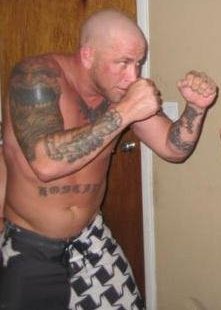 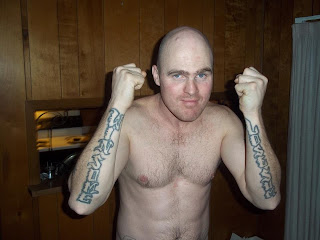 Another vigilante killing in SC, possible connections to other hate groups 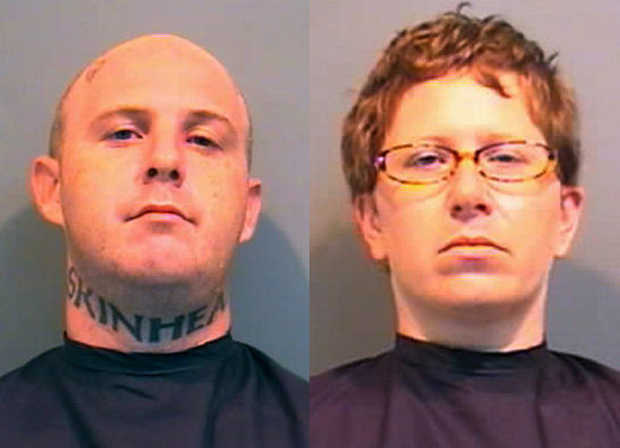 The police are looking into connections between these two murderers and online groups. After all, Jonesville is just a few miles from Greenville, where a certain member of AZU lives. Could someone from AZU have finally snapped? Maybe Stitches 77? After all, she WAS a participant on a Skinhead forum...

COLUMBIA, S.C. — A South Carolina man targeted a sex offender at random, killed him and his wife and later told deputies he planned to kill others on the state's sex registry, authorities said Wednesday.

Jeremy Moody confessed to the crime and told investigators they arrested him just in time, Taylor said.

"He planned to kill another sex offender on the register today," the sheriff said.

Moody only knew 59-year-old Charles Parker in passing, but came to the mechanic's Jonesville home Sunday with plans to kill him, Taylor said at a news conference. Surveillance cameras outside Parker's home showed Moody and his wife driving up Sunday and popping the hood on their car as if it wasn't working, Taylor said.

The Moodys and the Parkers spoke to one another for about 10 minutes, then it appears the Moodys were invited inside. The videotape shows the suspects walking into the home with what appear to be weapons, Taylor said.

"He planned to kill this individual last year, but chickened out," The sheriff said. "But on Sunday, he decided he was going to kill him."

Taylor said he does not know why Moody would have targeted a sex offender.

Both Charles Parker and his 51-year-old wife, Gretchen, were shot and stabbed. Taylor said Gretchen Parker wasn't specifically targeted, but was killed because she was in the house.

Jeremy Moody, 30, who lived in nearby Lockhart, confessed to deputies after he was arrested early Wednesday morning, investigators said. Moody has "skinhead" tattooed across his neck, and Taylor said he hinted to authorities he may have been involved with other crimes against people he hated. The sheriff said his deputies were checking with other law enforcement agencies nearby, but no additional charges had been filed. Investigators were also seeing if Moody was affiliated with any white supremacist groups.

Christine Moody, 36, hasn't spoken at length to deputies, the sheriff said. It wasn't immediately clear whether either suspect has an attorney.

The community where it happened is about 80 miles northwest of Columbia.

The Parkers had a yellow sign on their property with a smiley face that read, "Smile, you're on camera." Taylor said the video footage provided the break in the case when an investigator watched it and recognized the suspects. There was no video taken inside the home.

The bodies were discovered Monday when another person seeking to have his car fixed came to the home, saw the door wide open and called police. A deputy found the bodies, but investigators had to wait more than an hour to begin examining the scene because several Chihuahuas threatened emergency workers as they checked to see if the victims had a pulse. Animal control officers were called and removed about 18 dogs, several cats and a half-dozen chickens, authorities said.

Charles Parker had to register as a sex offender after he was convicted of third-degree criminal sexual conduct about a decade ago. Details of that case were not immediately available.

Taylor said he always registered on time and never gave deputies trouble. Relatives of the slain couple were devastated to hear why their loved ones were killed.

"I ask that you give this family the opportunity to (grieve) and pull their thoughts together," the sheriff said.

If harassing registrants is so heroic, why do people who do so hide their identities? This coward should not be given the opportunity to hide.

"A Thorold woman whose home has been targeted in a poster campaign inaccurately claiming a sex offender is living in her residence says her family is afraid to go outside for fear of retribution. 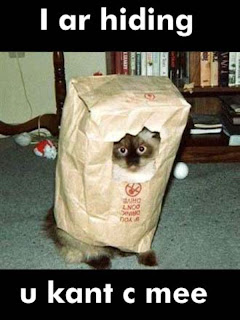 "It's scary," said the Bolton Ave. woman, who didn't want to be identified. "It's literally just blossomed into this huge, huge thing that isn't even true."

But one of the men who handed out flyers warning residents that Shawn Michael Dunn is living in the house stands by them.

"If we had to do this whole thing again, we wouldn't hesitate doing it," said the Thorold resident, who said he distributed the flyers with members of the Ontario Coalition for Accountability.

About 200-300 of the flyers, titled "Attention Residents, For your protection," were distributed last Thursday on Bolton Ave and two blocks of surrounding areas, posted to telephone poles and at the nearby public pool.

They state Dunn is living at a Bolton Ave. address — an address that belongs to a friend, not him.

"I think it's terrible. They're picking on people that don't deserve it, the people who live at that address," Dunn told The Standard, adding he's worried about his friends and family who have been threatened since his release from jail earlier this month.

"If anybody is angry, they should be angry with me. Not my friends or family or people who know me."

Dunn said people don't know his whole story and he understands their fears.

"I know I did things wrong but now I can look forward, do my best," he said. "I was found guilty and I've got to do my best to look past that and get my life in order."

Dunn, 44, was found guilty by a jury on March 9, 2012 of two counts of sexual assault, assault by choking and sexual interference. The case involved allegations by two women, now in their 30s, who had separate sexual relationships with Dunn in the 1980s when he was a young man.

He was then convicted by a jury on May 3, 2012 of sexual exploitation, sexual interference and two counts of sexual assault from incidents in 2006 and 2010 involving two girls ages 10 and 14.

"There was never any intention of him going to Bolton Ave.," said Det. Const. Steve Canton, in charge of the Niagara Regional Police sex-offender registry.

Canton said he's prohibited by provincial law of disclosing information about the whereabouts of people on the sex-offender registry. But he said police were aware Dunn was getting out and where he was going and had no issue with the location.

"His location is well known. It is a safe location, the public is safe," he said.

Canton said the flyers from citizens targeting locations of sex offenders are not encouraged. In the case where an offender's actual location is published, the person could be attacked or could flee. He said police would no longer know where they are if that happened.

In this case, Canton said a friend of Dunn's is being taunted because of misinformation.

"They're making this a hazardous situation," he said.

Police do occasionally release information about sex offenders if they are deemed a high risk to re-offend. In this case, Dunn, who received provincial parole five months early, was not considered a high risk.

There are nearly 300 people on the sex-offender registry list living in Niagara.

The man who handed out the flyers, who spoke on anonymity for fear he'll be in trouble with police, said he and three others acted on a tip Dunn was seen at the residence. He said if there's a convicted sex-offender in the neighbourhood, parents should be aware. There are lots of children in the area and a pool within a five minute walk, he said.

He said residents who received flyers were receptive and happy to receive to information.

"We're not going to tolerate him in our community. We don't want him here," he said. "We're going to make it uncomfortable for him to stay."

The woman living in the house since December 2009 said she's afraid — not of her friend Dunn but of the people targeting her house. Her address has been shared dozens of times on Facebook, at the local pool and with neighbours. People won't speak to her, her landlord has called to find out what's going on. Her children 12, 15 and 22 are scared they'll be followed.