This will be a short post. Hard to believe, but this year marks Once Fallen's 10 year anniversary. I have already written a brief description about how this site came to exist. But think of all those who have come an gone-- Absolute Zero United, Valigator, even Anonymous-- and all have failed to derail the Anti-Registry Movement.

However, the more things change the more they stay the same. These folks aren't around anymore, but others come and take their places-- the pagan cult from AZU are replaced by SJW special snowflakes in an unholy alliance with PizzaGate-believing, Alex Jones-watching Trumptards. To quote another saying, those who don't learn from history will be doomed to repeat it. And so these new internet gangsters are using the same tired techniques that failed to scare me off in the past.

Here's a ProTip for those who think making up fake names and TYPING IN ALL CAPS and hurling insults will somehow get me to quit. Don't bother. It takes time for you to make new profiles and type your junk, but only a mouse click to block/delete you. Besides, what has ten years of troll attacks actually accomplished? Absolutely nothing. DDoS attacks clear up in a few minutes or hours. Not one time has anyone threatening me bothered to show up at my residence, not even the one who threaten to behead me and sodomized my corpse. Sending letters to my neighbors and posting Encyclopedia Dramatica bullshit on local webpages avails nothing. The only thing any of you trolls have accomplished is motivating me further to fight the registry.

These tactics have failed against me and others you've tried to scare away. In the past ten years, I've grown in my ability to influence public policy and grow in the number of folks who use my various websites as references. Once Fallen is nationally recognized as an authority on this subject and the media often turn to me for interviews and advice. And I'm not even talking about the other group, who have faced probably more attacks yet have accomplished more. 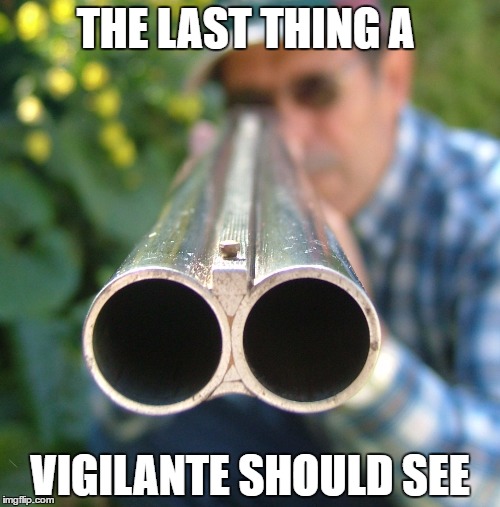