And to think, Canada's Conservatard party wants to make the registry public so these idiotic fucktards could find more people to harass. Notice that none of these "hroes" have the balls to reveal their identities. This isn't Batman, so why hide if these douchecanoes are so "heroic"? I'd slap the shit out of these motherfuckers if I met one in real life.

Katelynn Ariel McKnight's life was turned upside down in April when a man showed up on her doorstep in Edmonton, pointed a camera phone in her face and accused her of trying to lure a 14-year-old girl online.

"I can't believe that you would accuse me of this," she told him through gritted teeth, her hands shaking. "I was sexually exploited when I was a child."

She told him her phone had been stolen four days earlier and that she'd just been released from the hospital after a suicide attempt.

Five months later, on Sept. 7, McKnight died. Her friends and family say she took her own life. She was 27.

Edmonton police say her death has been ruled non-criminal but that an investigation into the circumstances surrounding it is ongoing.

The man who took the video of McKnight is John Doep, president of the Edmonton chapter of Creep Catcher, a national network of self-styled pedophile hunters who pose as minors online in order to bait would-be sex offenders and share videos of the encounters online.

The McKnight video was one of Creep Catcher's biggest hits, racking up millions of views across multiple websites and YouTube channels, with headlines like "Man Confronts A Dude Who Was Allegedly Trying To Hook Up With Him After Pretending To A Be 14-Year-Old Girl Online!" and "Creepy Child Predator Confronted!"

McKnight, who used to be known as Joe Dunn, identified as female.

Reached for comment, Cathy Dunn, McKnight's mother, told CBC News: "I don't agree with the tactics of vigilante justice. It wasn't right in the old Wild West, and it's not right now."

Trouble in the Creep Catcher ranks

The McKnight video has created rifts within the Creep Catcher network, which has chapters spread across 19 cities in six provinces.

Three former members told CBC News they quit the group because of it.

"That video was a red flag for me as far as targeting people — targeting people for fame," said Mira, who asked that her real name not be used because she fears reprisal from Creep Catcher supporters.

"I really felt that Katelynn was an extremely vulnerable person … mentally."

Mira brought her concerns to Doep and Dawson Raymond, the group's president and founder, but says she was dismissed.

Another former member, who uses the online pseudonym Dylan Massett, said the video was not up to Creep Catcher standards because Doep went to McKnight's home instead of meeting in public.

"There's a reason that you have the meet in public, right? It shows that it's actually them, and they have come with intent," he said.

Mira shared screenshots with CBC News showing her and Massett asking Doep to take the video down.

He responds: "I don't think you guys have any idea what it is to be a creep catcher."

Doep did not respond to multiple requests for comment.

Dawson, when asked about McKnight, replied: "The one that pulled the suicide?" He did not provide further comment.

Christian Ruckus, a member of the Lloyminster, Alta., chapter of Creep Catcher, told CBC News that he is a relative of McKnight's and he believes posting the video was the right thing to do.

"I still stand by the decision 100 per cent," he said. "The fact of the matter was there was a potential predator trying to lure a minor. And regardless of any state or being, that needed to be exposed."

Ruckus said the video has since been removed from all Creep Catcher-affiliated sites "out of respect for the family" and that Creep Catcher has asked other sites to do the same.

"There is so much stigma and anger about sexual offending, and I worry about the unintended harm this public identification can have on vulnerable accused," said Seto, who is the director of the forensic research unit at University of Ottawa's Institute of Mental Health Research.

Members of vigilante groups have no training, accountability or resources at their disposal, says Staff Sgt. Stephen Camp of the Alberta Integrated Child Exploitation Unit, which includes investigators from the RCMP and municipal police forces.

"They publicly shame them, and they pretty well act as the judge, jury, executioner at that point, and they wash their hands of it and walk away," he said.

"Let's look at the vulnerable people that get caught up in Creep Catcher's methods. McKnight is an example. There's other examples out there."

'A human, with loved ones, with dreams'

R.L. Daikin started the Facebook group "Creep Catchers Harassing Mentally Ill and Disabled People" after her own daughter, who has bipolar disorder, appeared in one of the group's videos.

She said McKnight reached out to her on Facebook, and the two often chatted about McKnight's mental health struggles and the time she spent living on the street and in group homes.

"It was so apparent that this woman was in desperate need of help," Daikin said.

She says McKnight was harassed because of the video and often talked about taking her own life.

"It's very painful to have somebody who might be dying right in front of you, and you can't do anything about it," Daikin said.

Still, there is a lot of support for Creep Catcher.

Dozens of people have taken to the Creep Catcher Facebook page in the wake of McKnight's death to voice their support for the organization.

Some even say McKnight deserved to die.

"Have you people no respect?" said Vicky Penny, who stepped down as Creep Catcher's webmaster over the McKnight video. "She may or may not have been trying to meet [someone]. Either way, she was a human, with loved ones, with dreams, feelings, life."

A memorial was held for McKnight on Oct. 1 in Spruce Grove, Alta., where her parents live.

"There were many comments from people about how she had been very caring and giving of people in her community," her mother said. "She will be sorely missed." 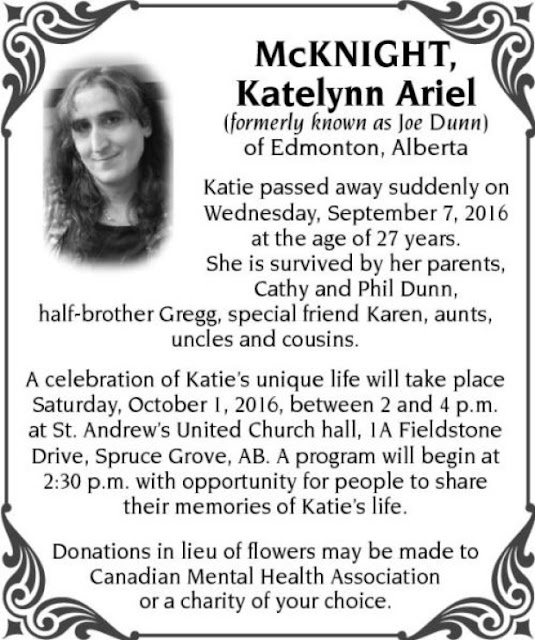 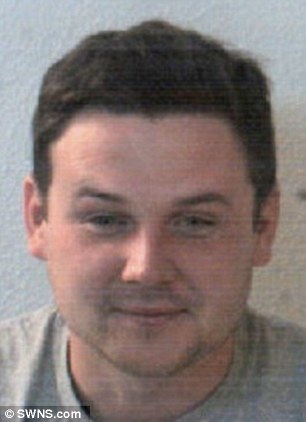 I can understand why there are so many dumbassed Brits; after all, 'Murkans are largely British descendants. They want a public registry. Well, this story is a good reason not to have one.

Oh, note he only got 12 years for this crime.

A killer punched a man to death while he was hooked up to a dialysis machine because he mistakenly thought the victim was a paedophile.

Adam Goodridge, 30, turned up at Paul Sandford's home in Maltby, South Yorkshire and made the accusation, which police said was 'unfounded', a court heard.

He threatened to Kill Mr Sandford, 38, unless he move out of the area within a week but then immediately began his attack - despite him using the dialysis machine.

Adam Goodridge, 30, was today jailed for 12 years for manslaughter. Goodridge attacked Paul Sandford because he thought he was a paedophile

Goodridge even photographed the injuries he caused then told Mr Sandford's friends to tell paramedics that he had fallen in the bath before leaving his home.

Mr Sandford was admitted to hospital with a bleed on the brain, a fractured eye socket and severe cuts and bruising to his face and hands on October 30. He died in hospital five days later.

Goodridge was found guilty on Wednesday of manslaughter and today jailed for 12 years at Sheffield Crown Court.

Detective Inspector Simon Palmer, Senior Investigating Officer at South Yorkshire Police, said: 'I am pleased with today's sentence, and that Goodridge will be incarcerated for a very long time for the brutal attack he carried out on Mr Sandford.

'On sentencing, the Judge made a comment regarding Goodridges' motive relating to his mistaken belief regarding Mr Sandford's character, however I'd like to reiterate that allegations made in relation to this were unfounded.

'Mr Sandford was a well-liked man and due to illness he was incredibly vulnerable. Goodridge took advantage of that, and robbed his friends and family of the time they had left with him.

'I hope that today's sentence can go some way towards helping them find closure and start to rebuild their lives.'
Posted by oncefallendotcom at 1/06/2017 09:57:00 PM 10 comments: