P.A.P. Smear: Sonia Parker's Texas based "Parents Against Predator" group is getting away with harassment 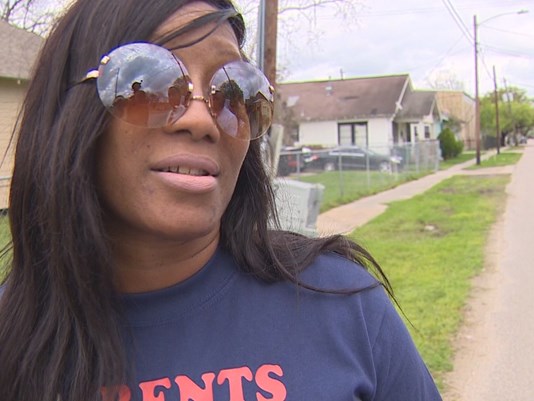 Heads up to my Texas followers: This woman is Sonia Parker, "CEO" of "Parents Against Predators" out of Houston. She was recently on KHOU news for her targeted harassment campaigns, or as the media calls them to minimize the damage they cause, "awareness campaigns." (Here is their list of sponsors so we can avoid patronizing their stores.)

Her Facebook page is filled mostly with discussions about her paranoia about transgendered folks and the whole bathroom issue. I think it is rather funny that her online group focuses on this issue so much, but maybe she's just mad because people confuse her for a man. 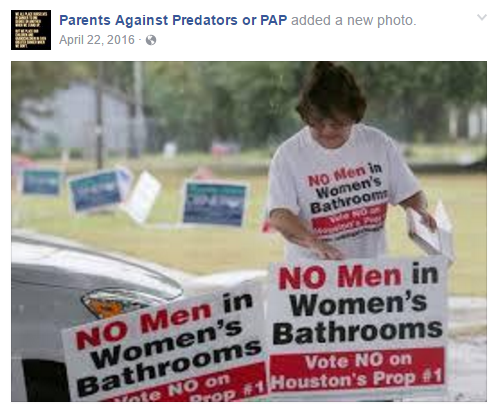 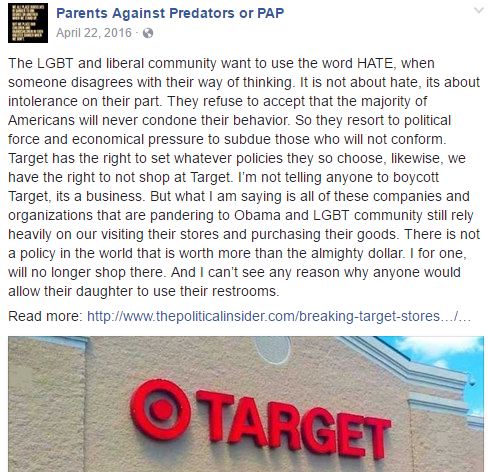 Here you can see Sonia Parker name dropping folks who are connected to Black LIES Matter (gee, what a shock, eh?) but what does the families of Trayvon Martin, Tamir Rice, and Eric Garner have to do with this issue? Nothing.

What is she doing to protect her community from gangbangers, dope boys and other hoodlums who are causing far more damage to her community? You know, the REAL predators?

Even the organization's mission is unclear. Their mission statement states, "To bring awareness  to parents in our communities by providing information on registered sex offenders locally and worldwide." Yet, many of their services doesn't have anything to do with their mission:

We welcome the City, County, State, National Law Enforcements, Businesses, Schools and Churches to join in our efforts in keeping sex offenders behind bars

Easter Egg Hunts -- Not relevant
Coats and Shoe Drives -- Not relevant
Sock & Undergarment Drive -- Not relevant
A Day of Remembrance for Victims of Child Abuse
Missing and Murder Children Balloon Release -- OK what does that have to do with registrants? That's more BLM
Stanger Danger Awareness -- Not even NCMEC teaches stranger danger, lady, get with the times.
Sex Offenders Awareness
Christmas Toy Drive -- Again, irrelevant
Thanksgiving Food Drive -- Irrelevant
Mother's Day for Mothers of Murdered Children -- Based on her videos I assume this is BLM propaganda
Parents Against Predators "Big Sister Program"
Court Appearances for Murdered Children -- Again, a BLM thing
Trafficking Awareness -- You do realize most trafficking is made up, right?
Bullying Awareness -- Irrelevant

It seems to me that many of these events are done to raise funds for the organization and most have nothing to do with "sex offenders awareness."

Add this woman to the pile of vigilante scum that I've featured here over the years. I have even grrater disgust for those who try to mix Predator Panic with Black LIES Matter Propaganda. What a disgusting person.
Posted by oncefallendotcom at 3/17/2017 09:17:00 AM 20 comments:

This guy has to be seriously mentally ill. First, he attempted to rob a liquor store in a " zebra print onesie" (if you don't know what that is, CLICK HERE), now he attacks a guy based on faulty information. Also, check out the pics. Does he really have "Dove Soap" tattooed on his fingers?

A THUG who dropped a TV on a sex offender’s head has been jailed again — just weeks after The Sun published pictures of him boasting about his cushy life in prison.

Jack Brooks, 24, who was released on licence, was last month shown in his comfortable cell with Sugar Puffs, a Sony PlayStation and a CD player in Lancaster Farms prison.

He posted the snaps on Facebook while locked up for armed robbery in February 2015.

Brooks was hauled before the courts again after admitting assault causing actual bodily harm on February 3 while on parole at a hostel in Accrington, Lancs.

Prosecutor Alex Mann said Brooks claimed he assaulted the victim as he had heard he raped a child, he was a “dirty b******” and he thought he deserved it. 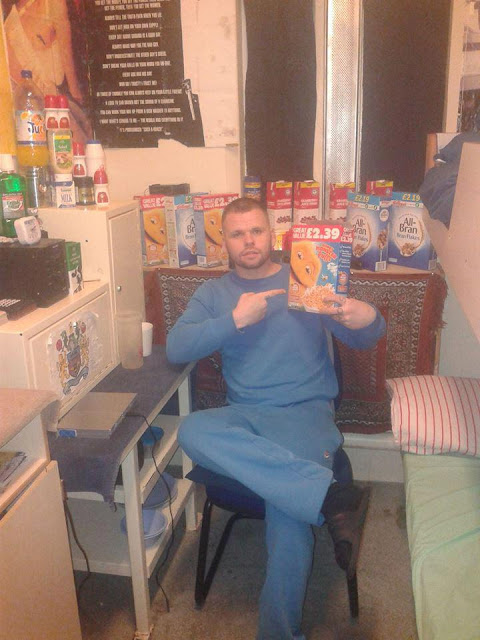 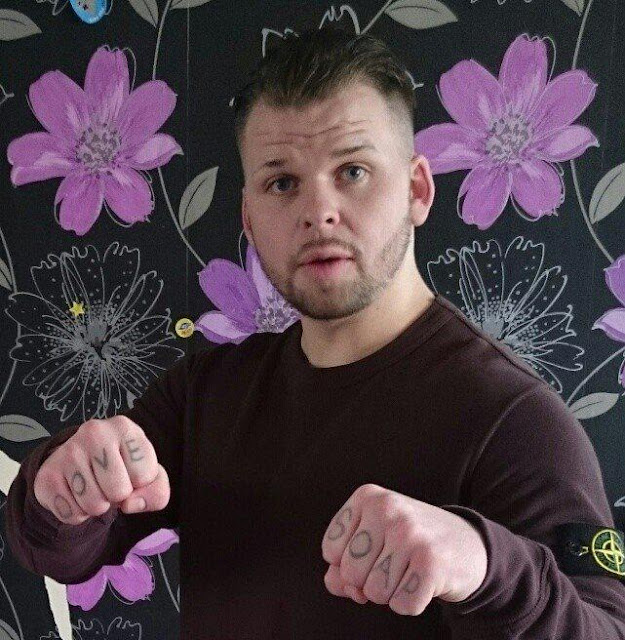