AZU loves to blast their targets for "having mental issues." Mental illness is a serious issue, and people with it endure many hardships in this country. That being said, should the PJAZ cult mock another person's struggles with mental illness? After all, they have admitted to it themselves over the years on their own website.

See, for example, the February 7, 2010 feature article at the Corrupted-Justice website:

Should these people be Internet Cops?

Almost five years ago, we published an article entitled "Is the perverted-justice jury biased?". In the article, we provided a list of quotes from postings written by the members and staff at perverted-justice.com. The purpose of the article was to raise awareness regarding issues of drug use and the psychological and mental stability issues prevalent among the volunteers at perverted-justice who were acting as self-appointed cops, judges and juries of those they targeted.

It has always been our firm belief that anyone involved in any pursuit that has the potential to have a lasting negative impact on someone else's life must be held to a higher standard of accountability and trustworthiness. Police undergo rigorous psychological testing, training and continuous counselling to ensure they are fit for the duties we, as citizens, request of them. Drug use is not tolerated, and thorough, professional treatment and counselling is mandatory for those who find themselves in need. Under such circumstances, a police officer would certainly be temporarily suspended from duties that required trust and public confidence.

As with the article five years ago, the point of this article is not to "show how crazy PJers are" or anything of the sort. Our intention is not to mock or identify anyone who suffers from mental disorders or who has suffered abuse. We are very much aware that many people who have been diagnosed with mental illness or have suffered abuse go on to lead productive, fulfilling lives. Rather, the point of this article is to ask the question:

"Given the circumstances, is it likely that these people, people who could potentially ruin someone's life, have the ability to make fair, impartial, error-free judgements regarding those they target?"

I need help but I'm afraid
So after my hospitalization I was put on meds and feel so so much better. I have to follow up with a psych but i don't want to. Its not that i don't want to it's that i cant I somehow feel weak and vulnerable if i follow up. I work in a business where on the outside I have to always seem perfect and put together even if i'm falling apart on the inside.

After seeing so many family members hospitalized for mental illnesses and me always being the strong and put together one I don't know how to ask for and get help.

well, comming from an addict/alcoholic, which I am in recovery....I had to hit a bottom before I got better. So yea, I still think those who cant keep it straight should have consequence for those actions such as drug testing or rent. At least when it comes to getting assistance like this. If I could live off anything for free, and had no consequences or accountability, i wonder if I would have EVER gotten sober. I dnno, thats just me. But im just a peanut gallery.

I have also been on many different SSRI's for it, from paxil to prozac, zoloft to effexor and many others. Effexor was the worst, and most heavy duty. The rest didn't really affect me.

After years of trying to convince doctors, as well as my parents on whose insurance I depend, that I have some serious anxiety issues, I managed to finally have an anti-depressant/anxiety drug prescribed to me. It's a typical Selective Serotonin Re-uptake Inhibitor (SSRI) called Lexapro. I've struggled with ADD all of my life, and many of my issues with productivity and self esteem were attributed to that. The decision to do this came when I described the anxiety to my father, who is also taking Lexapro. My description of the anxiety-a constant, unbound existential fear of absolutely nothing that makes me terrified to do my work or stuff I want to do on the side-was exactly what he had been feeling, and it was evident that it's been getting worse. I can't sleep, and it takes excruciating mental energy to set out to do even the most modest task. I frequently panic when little things go wrong.

I was on lexapro for depression and anxiety-- it worked really well. I had been on wellbutrin (before my anxiety had been diagnosed) and it was horrific. I began cutting and realized that the meds weren't helping me. Quit them and got on lexapro.

I was on Prozac, Adderall and Clonazepam for depression, PTSD and anxiety. I didn't like the way the cocktail made me feel so I went to a different therapist and she diagnosed me as Bipolar. All the symptoms made a lot more sense after that Dx. I now take Depakote ER and a very LOW dose of clonazepam (mostly at work when my menopausal boss raises my thermostat) and its been a miracle. I used to never speak my mind, bottle it up and then if a dishrag was out of place BOOM i exploded. Now, I can say what I think, concentrate better and deal with things. If your diagnosed w/ both depression and ADD, ask your shrink about Bipolar disorder. I'm not a shrink, nor am I questioning anyone elses, but DAMN did it make a difference for me!

My biggest problem at the moment is a lack of motivation, which I'm sure stems from depression. It's not just related to school and work; it extends to everything in my life, whether it's making a phone call, paying bills, cleaning my house, and some days, even getting out of bed. I feel completely unmotivated to do anything, and it's affecting all parts of my life.

I'm just wondering if anyone else suffers from this, and if so, what mechanisms you use to deal with it.
baxter25:

I have had most of these feelings at some point. Depression, SERIOUS TRUST ISSUES, thoughts of suicide, panic attacks, self esteem, need for acceptance, etc. etc. The biggest is trust. There are very few people I truly trust, they are some members of my immediate family and one friend. I still don't totally trust even my husband. It's very hard for me. Not that he has done anything wrong, its just a very big issue in our marriage.

I have finally started going to therapy to try and help myself. I have been diagnosed with Depression w/suicidal tendencies and PTSD. My husband is divorcing me because I have put him through a lot and he doesn't want to deal with it anymore. He knew about the abuse before we were married but he didn't realize what I would go through when I started dealing with the abuse. I am afraid of losing my children because of the suicide attempts. Even though I never attempted them when they were around.
Those were just a select few. I highlighted a few spots in red because one site that attacks me loves to claim I "have mental illness, violent urges, and cuts himself." I don't question they have mental issues. I pity them. But what benefit do they get from mocking someone else's struggles when they clearly admit to their own struggles with mental illness? That is a major problem with the Perverted Justice/ Absolute Zero United cult.

And their recent cheerleader TSand also had mentioned his struggles with mental illness:

"I'm unusally stable if I take my meds daily but occasionally slip up and miss a pill(s) now and then. Blame the State of Florida for that."

Imagine that, Clay Keys mocking someone else and saying they need their meds while he also admits to having mental issues!

In answer to CJ's question, Given the circumstances, is it likely that these people, people who could potentially ruin someone's life, have the ability to make fair, impartial, error-free judgements regarding those they target? , the answer is a resounding NO. It does not take a licensed psychologist to see that PJ/AZ is merely exacerbating the serious and largely unresolved mental issues plaguing their members.
Posted by oncefallendotcom at 6/30/2010 10:54:00 AM No comments:

Ah, independent crime blogs. They spring up in just about every locale in America. They are generally run by lookey-loos with no social life, crackpots, and people who generally want a society filled with people like them. So now AZU alum joins other crackpots like Shoalanda and Rusty from Big 3 News to form his own local crime blog, "Greenville Dragnet." Anyone can run a blog and comment about other people, but the biggest difference between independent news blogs and the REAL news is, the REAL news is more likely to rly upon VALID sources, NOT trashy gossip sites like AZU or Wikisposure for news. When has a REAL media outlet ever quote Wikisposure as a valid source? When has ABC News done a story on AZU?

Oh yeah, there was that one time....
http://www.youtube.com/watch?v=XCeEMVMtrL8

When the news is wrong, they are held liable. Independent news blogs should be held to the same standard, but yet they lack journalistic integrity. I feel for the city of Greenville. After all, you have to put up with a "Zionist anti-communist" who thinks this site is a front for the Red Army. I'm no fan of independent crime blogs. It reminds me of this: 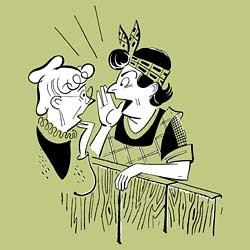 If you want REAL news, stick with a REAL news media outlet. Most people know the difference between the New York Times and the Weekly World News.