Alabama vigilante Jay Maynor shot a man in cold blood and shot into a building full of kids, yet people think he is a "hero" 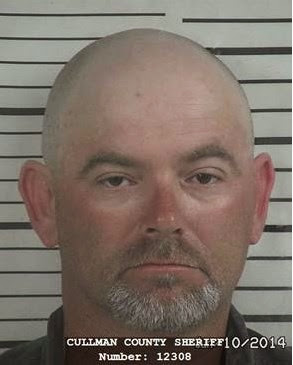 I covered the story of Cullman AL vigilante thug Jay Maynor back when the story first broke in June 2014.Here are some basic facts of the case:

The day of the murder, Jay Maynor got into an argument with his stepdaughter’s boyfriend (investigators say there was “bad blood” between the two men), and apparently, somewhere along the way, the boyfriend used the sexual abuse narrative to criticize Maynor, sending him into a rage. Maynor pulled out a gun and shot into the Berlin Quick Mart gas station where the boyfriend was sitting. Theere was apparently a child's birthday party taking place nearby at the time, and the bullet came within a few feet of hitting a child. Maynor then went to the home of Raymond Earl Brooks and ambushed him, killing him in the home of his parents.

At Maynor’s bond hearing, “Cullman County District Attorney Wilson Blaylock called two witnesses, Jeremy Trimble and Bobby Weeks, who were present for the gas station shooting. Trimble testified he was present in the store at the time of the shooting and claimed one of the stray bullets came within 10 feet of hitting his child. ‘I was alarmed for my son’s safety and it made my heart stop,” he said. “He tried to shoot someone and shot another man.’Weeks was attending a child’s birthday party at the karaoke business located beside the gas station and said he heard a gun shot then looked outside to see Maynor with a gun drawn chasing another man. At that point, Weeks said he gathered the children together and took them inside for safety. ‘It sounded like he was yelling, ‘Come here you motherfucker,’ Weeks testified. ‘It scared me and the kids."

“Mike Hays, who cooks and operates a small barbecue restaurant inside Berlin Plaza Quick Stop, where the shooting occurred, said he came face-to-face with the shooter after the man opened fire outside and then entered the store looking for his intended victim, who wasn't hurt. ‘People here are calling him a hero for killing a child molester. I'm calling him a psychopathic lunatic for endangering peoples' lives, including mine,’ Hays said. After stopping his motorcycle at an intersection outside the store, the father fired once at a man who was standing beside an ice cooler, Hays said. The bullet entered an exterior wall of the store and chipped a window but no one was injured. Hays said he retrieved his own weapon and confronted [Maynor] near the cash register. ‘He had the gun down by his side. He was calm, as calm as you are standing there now. But he had that look in his eye,’ said Hays. ‘I have no problem with him shooting a child molester, just not 12 years later. If it was my daughter he would have died back in 2002.’”

“Brooks' father, Ralph Brooks, told WBRC-TV in Birmingham that his son did not deserve to die. He said Raymond Earl Brooks turned his life around after his conviction and lived a godly life that included being active in his church. Because his son's conviction happened so long ago, he said he couldn't be sure if the shooting was a form of revenge. ‘It would be unbelievable to hold animosity in your heart for 12 years,’ Brooks said.”

It should not be surprising with anyone that Jay Maynor had a criminal history. Maynor had made several court appearances over the years—once for DUI and three times for domestic violence (though the domestic violence charges were eventually dropped). It is laughable Maynor’s defense attorney brought these prior charges up in attempt to show the court that Maynor would come to court responsibly and should thus receive a lower bond. Thankfully bail was not reduced.

Ultimately, Jaybird became a Jaylbird for 40 years, because let's face it, he is a dangerous vigilante scumbag. Good fucking riddance.

Despite these facts-- murdering a man 12 years after the fact and only after getting angry with his daughter's boyfriend and trying to shoot him instead-- people want to call this thug a hero:

Not everyone is ready to proclaim Maynor a hero just yet: 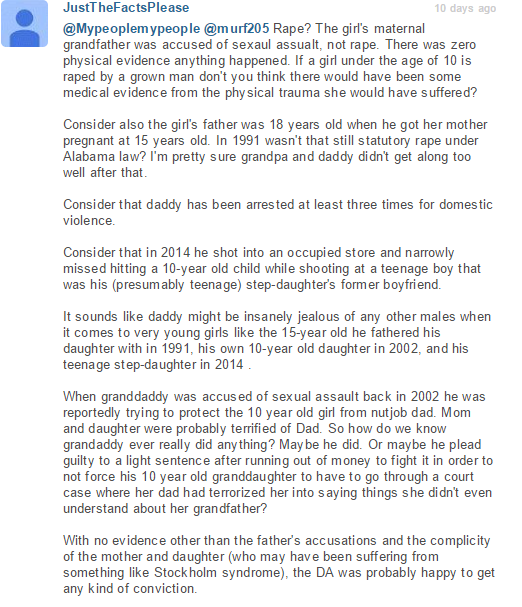 Bottom line-- Jaybird is not a JAYLBIRD and will be until 2054.

ADDENDUM: The Maynor family is now trying to get a pardon via a change.org petition. You folks do realize NO ONE takes these things seriously?

I am a busy man and I don't have a lot of time to track vigilante douchebags these days. However, when I do have the time to do it, I find lots of interesting things AND I take screenshots. Here are a few recent screenshots: 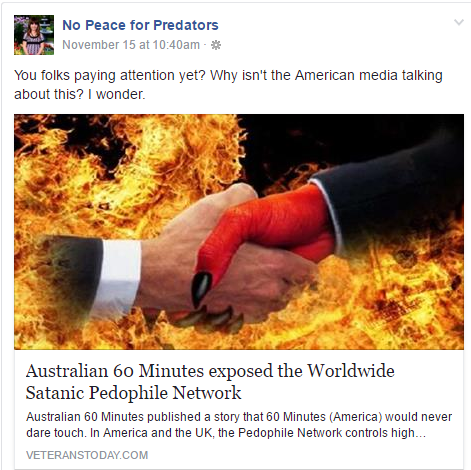 No Peace For Predators has officially jumped the shark. The Alt-Right is full of kooks and apparently so is NPFP. So now David Rowe and his band of misfits are apparently out in search of all those satanic child killers that escaped from the 1980s panic era. Speaking of jumping the shark... 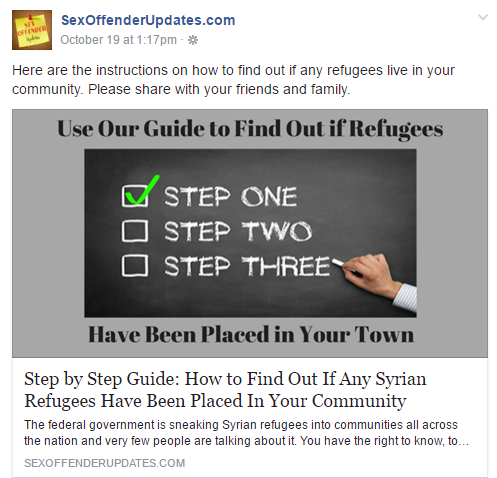 Apparently, there really isn't much money in sex offender panic since people are starting to understand the government and the victim profit motive has lied to us about the registry. Thus, they've moved on to the next great panic. And speaking of Panic(o)... 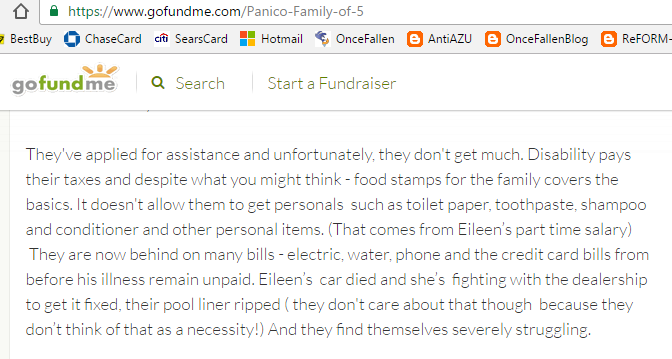 It seems that Ronkonkoma NY wannabe vigilante Eileen Kennedy Panico, who has bashed me for living "on the government teat" and angry over my fundraising efforts is, well, living on the government teat and begging people for money online. [See NYers 4 Freedom's post on this wacko]. Now, as a welfare recipient, how is she even able to collect food stamps AND disability with her job AND resources? Seriously, someone should look into that. Hell, I can't even have a burial plot and get food stamps because you have to lack resources to obtain them.