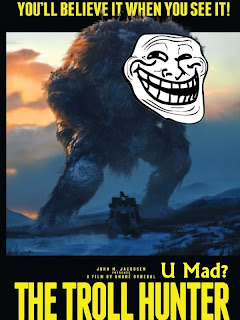 This blog was created in 2008 as a response to personal attacks from a now-defunct group called "Absolute Zero United" (hence the similar name AZUnites). This blog was dedicated to exposing the AZU group as bullies and liars, which we have done successfully, and as a result of AZUnites's tireless efforts, the bullies were exposed, shamed, and debunked. It is no small wonder why AZU is inactive.

Over the years, this blog has evolved and expanded its focus from the AZU group to other online troll and vigilante groups that targets Registered Citizens (aka "sex offenders"). Online vigilante groups network with each other and share information. Many of the groups and individuals featured at AZUnites cooperate with one another. For example, Mark Lunsford's defunct Jessica Marie Lunsford Foundation founded a sister effort called Women Against Sexual Predators, and it was the Ohio chapter that attacked me on behalf of Absolute Zero United and inspired me to create this blog. Even with AZU in defunct status, other online trolls and troll groups pop up like whack-a-mole. AZUnites exposes them with the same dedication once given just to the AZU group.

In addition, AZUnites exposes the harmful messages and the hypocrisies of the various vigilante organizations. Most online and real-life vigilantes suffer from mental illness and many also have criminal records. Some are members of other types of hate groups (such as skinhead groups). AZUnites also features headline stories of vigilante violence and provides additional information the media may not bother to mention.

Informative and entertaining, AZUnites gives vigilante trolls like Offendex, AZU, NPFP, and Valigator a taste of their own medicine.

AZUnites is an affiliate of the Once Fallen family of websites. Once Fallen is a site dedicated to the reform of America's sex offender laws.