More trouble for Canada's "Creep Catchers" after Carl Young is arrested for harassment. 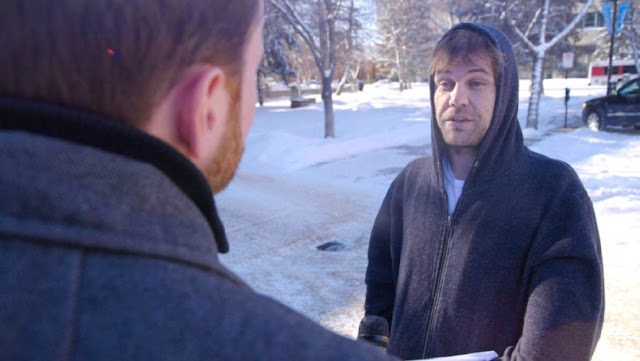 It seems that Carl Young has quite a long criminal record. 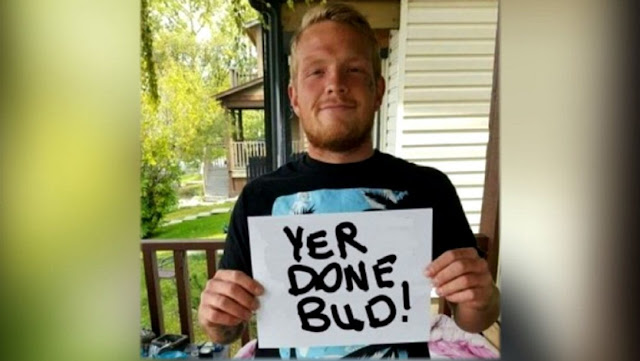 Dawson Raymond has a breaking-and-entering conviction as well.

What a couple of "outstanding" Canadian citizens, eh? What's that aboot?

A member of Red Deer Creep Catchers facing charges in relation an incident in Lacombe has pleaded not guilty.

Karl Young, 37, who is also known as Carl Murphy, was charged in December after Lacombe Police say he targeted another individual online using vigilante-type tactics and lured them into meeting in person without justification or facts.

Police say a video of the encounter was posted on the Red Deer Creep Catchers Facebook page making false allegations against the individual.

In Red Deer court on Wednesday, Young pleaded not guilty on counts of mischief and criminal harassment.

The case has been adjourned to May 26.

A group of vigilante pedophile hunters in Canada has been slammed for interfering with police work and labeling innocent citizens as sexual predators.

Creep Catchers, which has a handful of chapters across the country, has its members pose as underage boys and girls online and arrange meetings with would-be predators.

They film the encounters to share online and also post screenshots of the conversations leading up to the meetings to name and shame the adults involved.

But police say the network of vigilantes, whose most prominent members have criminal records themselves, is doing more harm than good.

They say the meetings can drive predators they are on the verge of arresting underground and that the vigilantes are only seeking to make money and find fame.

In one case in Alberta, the group confronted a pedophile who police were preparing to arrest. He disappeared after their meeting and is accused of molesting a baby and a toddler afterwards.

‘There’s nothing good coming from this, nothing good at all, except for an emotional response that’s very acute and very short lived,’ Staff Sergeant Stephen Camp of the Alberta Law Enforcement Response Team’s Integrated Child Exploitation Unit told of the group.

Another allegation is that it wrongly targets people who haven’t committed any form of child abuse.

The parents of a 22-year-old who was profiled by the group for inviting a 15-year-old boy over to his house say the group made his life torturous.

He said the meeting was innocent and that the boy told him he needed support coming out as gay.

In messages beforehand, he said the boy could go to his house ‘as friends’ and that they mustn’t ‘fool around’ but he was shamed by the group.

In a video of the confrontation, he wept: ‘I’m not a creep. I’m not a molester. I’m nothing.’  The man’s father said he had been used as ‘cheap entertainment’.

Last year another man lashed out at the group after being shown in one of its videos. He said he believed the girl he was meeting was 18.

In Canada it is not illegal for an adult to arrange to meet a child if they show no intent to kidnap or sexually abuse them.

Some of Creep Catcher’s most prolific members have criminal records of their own and one has been arrested for harassment since joining the anti-pedophile crusade.

Katelynn McKnight, 27, took her life in September last year after the group accused her of soliciting sex from a 14-year-old

The newspaper also claimed that Dawson Raymond, who describes himself as ‘the original creep catcher’, has a breaking and entering conviction. Raymond vehemently denies the allegation.

He earlier told Vice he’d created a ‘movement’ which others had hopped on to.

Creep Catchers has been blamed for the suicide of a transgender woman who killed herself after being targeted by the group.

Katelynn McKnight, 27, took her life in September last year after the group accused her of soliciting sex from a 14-year-old.

The group was also condemned for filming a disabled man with cerebral palsy and sharing his identity online. The man said he’d been told by the ‘girl’ that she was in fact a 20-year-old escort.

He arrived to their meeting in a mobility scooter where he questioned why he’d been entrapped. At the time Creep Catchers defended the snare, telling CTV news: ‘Mental disability or not, it needs to be out there.’
Posted by oncefallendotcom at 2/22/2017 02:11:00 PM 30 comments: