The Examiner is a website that allows individuals the chance to pretend they are real journalists. They pay nominal fees to popular writers on a variety of subjects. A few weeks ago, a woman by the name of Dev Meyers, who is normally listed as a "National Cannabis Revolution Examiner," transformed herself into a "sex offender examiner." Maybe she was high on the cannabis when she decided to start writing on sex offender issues. 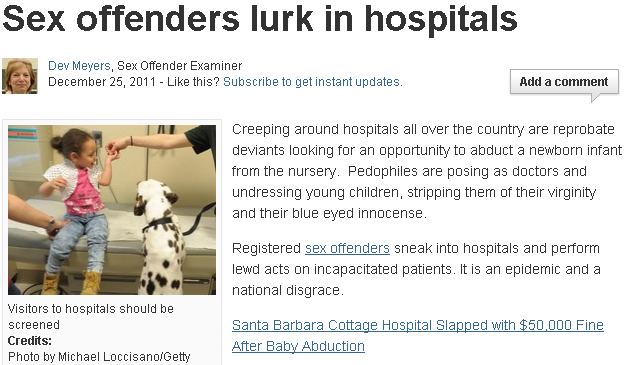 I wouldn't care if she didn't have this annoying habit of misspelling words like "Innocence" and making outlandish statements like the one above. But if that isn't enough, she accuses her detractors of being registered sex offenders, which got her in so much trouble, she eventually got her account deleted. Well, the SO Examiner account. But what do you expect from a pothead examiner who actually believes Casey Anthony is out to get her? 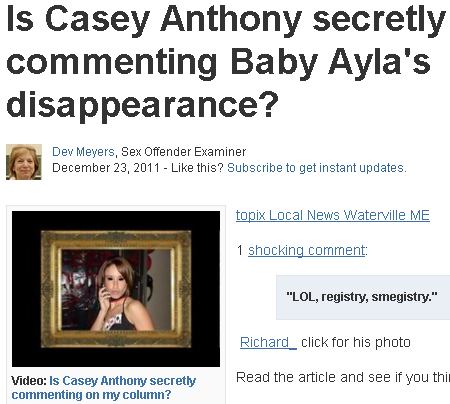 Too bad she recently decided to re-post her silly articles under "Mary 'Mother' Hubbard." She's a real mother alright, if you get my drift:

The Examiner really needs a more thorough screening process. UPDATE: Dev Meyers's alternate account has been deleted. Should she post a third, I'll post it here.
Posted by oncefallendotcom at 1/29/2012 08:10:00 PM